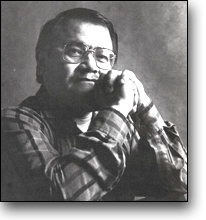 Born in Stat'imc territory at Xwisten near Lillooet B.C., the reserve is sited on the once salmon rich Bridge River in the interior. From age 8, Terry was removed from his village and schooled at the residential in Kamloops, B.C. He enrolled in the Vancouver School of Art [ECAID] and graduated from the full 4 year program in 1968. The following year, Saul took up the fight for recognition of Aboriginal Title and Rights. For the next 27 years, he fought in the front lines of local, national, and international politics in British Columbia, Ottawa, and in Geneva for the United Nations Human Rights Declaration. He intergrated his artistic practice into his political responsibilities. His art continued to function as an iconography of resistance for Aboriginal peoples throughout the world. In 1998, Saul handed over his political torch and graduated from Emily Carr University of Art & Design with the award of BFA. Looking at his work exhibited in the Saul T Art Gallery, one doesn't see the mannerist ovoids and formal curves of North Coast artists which respond to the rainforest cedars, nor do we see the theatricaity in the art of the central coast. Terry's stone, bronze, cedar, and fiberglass sculptures and contemporary paintings reflect the internal/external forces which are his metaphors of colonial interference in Statl'imc life. The opening of the Saul T Art Gallery in the town of Lillooet B.C. marks a shift in his life. It is motivated by the Grand Chief's need to communicate important values and questions which spawn dialogue and change.

If artists are geographers who take on a responsibility to understand and organize their place in the world, then it becomes evident why Terry has chosen his particular path as a freedom fighter for his people. As a person, Saul Terry is congenial, warm and humorous to everyone around him, even to those who are oblivious to the history and the continued injustices that native people endure.

The Saul T Art Gallery is Open from June, July & August. We would love to send you a brochure of our yearly Schedule. Please Contact Us for More Information. 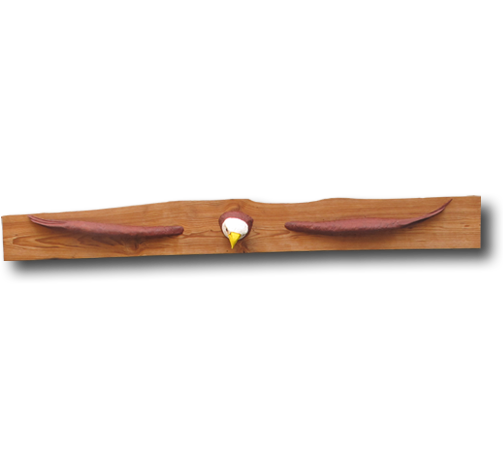 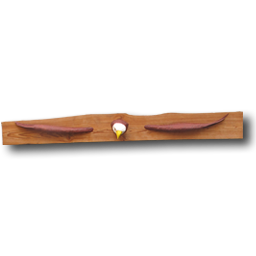 Our Website Photo Gallery has quite a few samples of what you will see at the Saul T Art Gallery. Each piece is unique, and there is always a story behind all the works of art on display.

Saul or Joanne welcome all questions about everything you will see here. 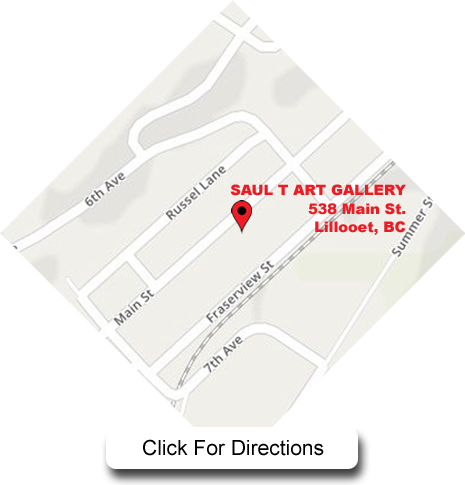